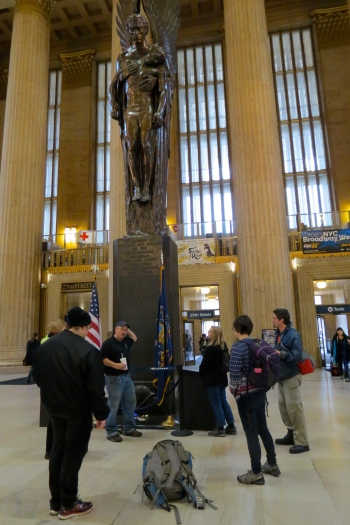 Philadelphia Hiking Meetup Group sponsored a tour of West Philadelphia that focused on African-American historic sites. The organizer, Jed McKee, plans hikes that are transit friendly and is one of the reasons I selected this walk. The tour began at 30th Street Station, which is a hub of the rail lines, including Amtrak and Septa, that go in and out of Philadelphia.

Our group met under the Pennsylvania Railroad World War II Memorial, a 39-foot monument commemorating the Pennsylvania Railroad employees who died in World War II. The bronze sculpture, Angel of the Resurrection, represents Michael the Archangel raising up a dead soldier out of the “flames of war.” Assistant Organizer, Scott Maits, our guide and local historian, began his commentary with a history of the station and of early Philadelphia.

As Scott led us west along Market Street, crossing under the freight train tracks, he told us the story of Frances Harper, who protested segregation on the trolleys in 1858.  Frances refused to give up her seat or ride in the “colored” section of a segregated trolley car. Frances, an abolitionist, was also a writer and poet, author of the poem, “Bury Me In A Free Land,”

I ask no monument, proud and high,
To arrest the gaze of the passers-by;
All that my yearning spirit craves,
Is bury me not in a land of slaves.

We crossed through the campus of Drexel University into the area known as Black Bottom, a predominantly African-American community that was almost completely destroyed in the 1960s for “urban renewal.” Penn, Drexel, University of the Sciences, and Presbyterian Hospital worked together to acquire properties for eventual demolition. 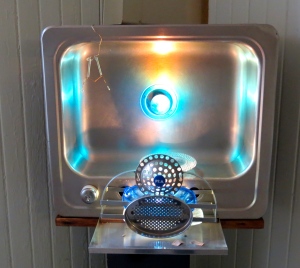 Scott gave us an opportunity to view the facilities of the Community Education Center, that once housed the Quaker Friends School and Meetinghouse, rebuilt at the turn of the 20th century. Local community members founded the CEC “to promote shared experiences and nurture fellowship among its varied neighborhoods across cultural and economic differences.”  The Center supports local community art programs, especially dance and performance. 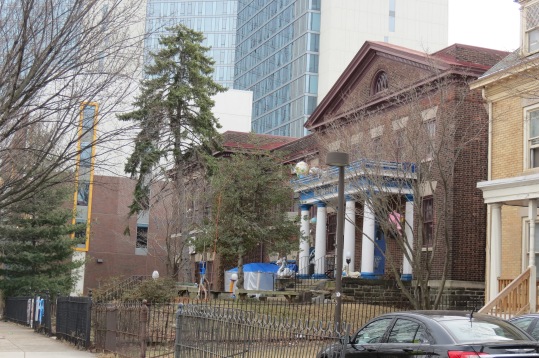 The neighborhood varied from grand mansions to row homes. 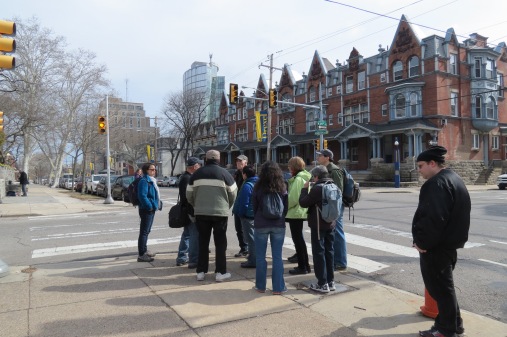 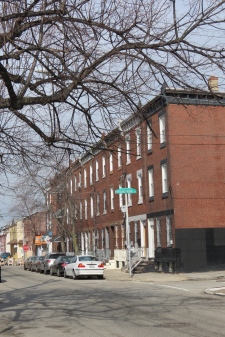 Dupree Studios just won their long battle with the Philadelphia Redevelopment Authority (PRA); the agency has ended condemnation proceedings to acquire the property by eminent domain. 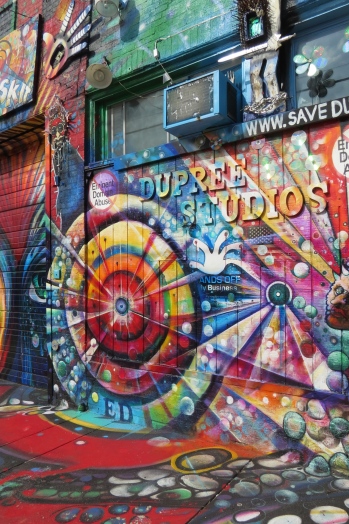 We walked along Lancaster Avenue, originally called the Lincoln Highway, finding these wonderful moments along the way. 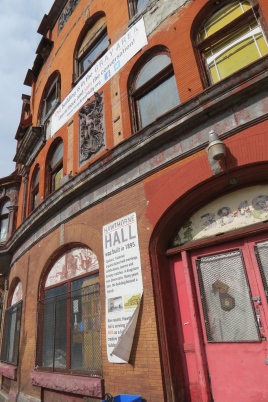 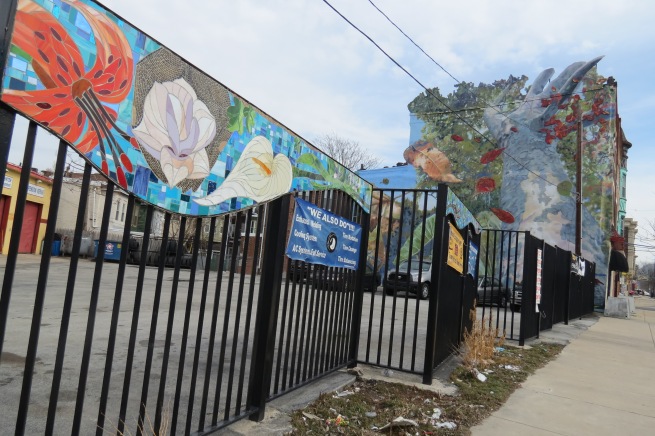 Inspection Station with mural and mosaics.

Included this photograph of CBM Tires because I like old gas stations! 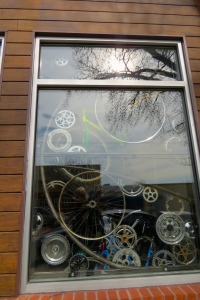 Bicycle Shop with clever display of wheels and gears. Can’t find anything like this at the mall. 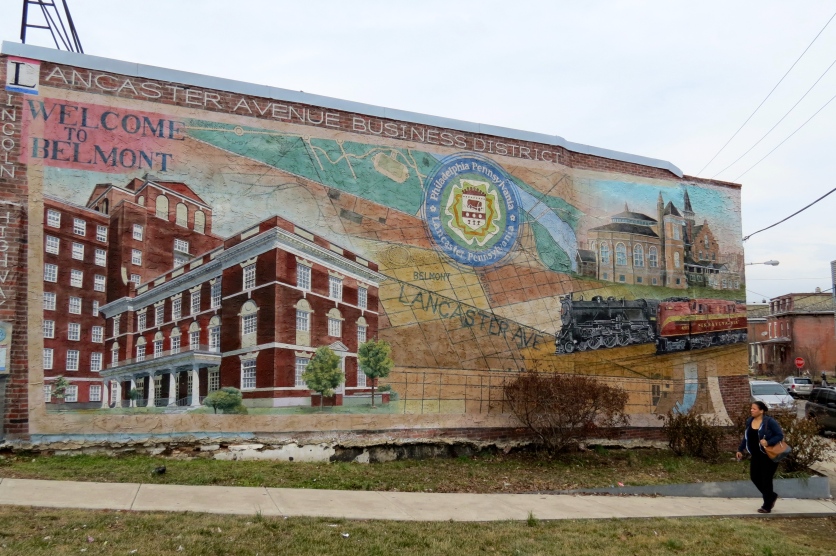 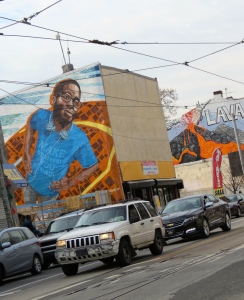 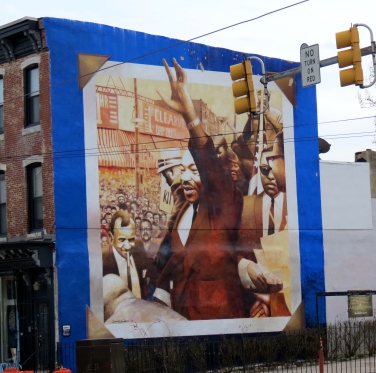 Our last stop was at the intersection of Lancaster Avenue, 42nd Street, and Brown Street, near the New Africa Center Muslim-American Museum, before heading back to 30th Street via Number 10 trolley. 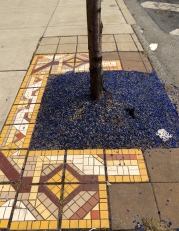 The contrasts on Lancaster Avenue are striking: blighted stretches of store fronts and sidewalks in desperate need of cleaning juxtapose with the creative art displays, both public and private. Derelict buildings stand next to colorful sidewalk mosaics. After years of economic decline, revitalizing the neighborhood is a challenging task: to create a prosperous commercial corridor while preserving and encouraging a mixed-income community.

Extended thanks to Jed McKee and Scott Maits for giving our Meet Up group an opportunity to visit and to learn about the history of this important Philadelphia neighborhood.