During our years working on the  Swarthmore College Living Wage and Democracy Campaign we used many venues, such as panels, rallies and lectures to advance the cause of a living wage for campus workers. For some of these events we incorporated street theater as one of the methods to bring attention to low wages at the College. Around Halloween in October of 2004 the Specter of Economic Injustice began wandering about the campus and town. Signs warned that the Specter was coming: 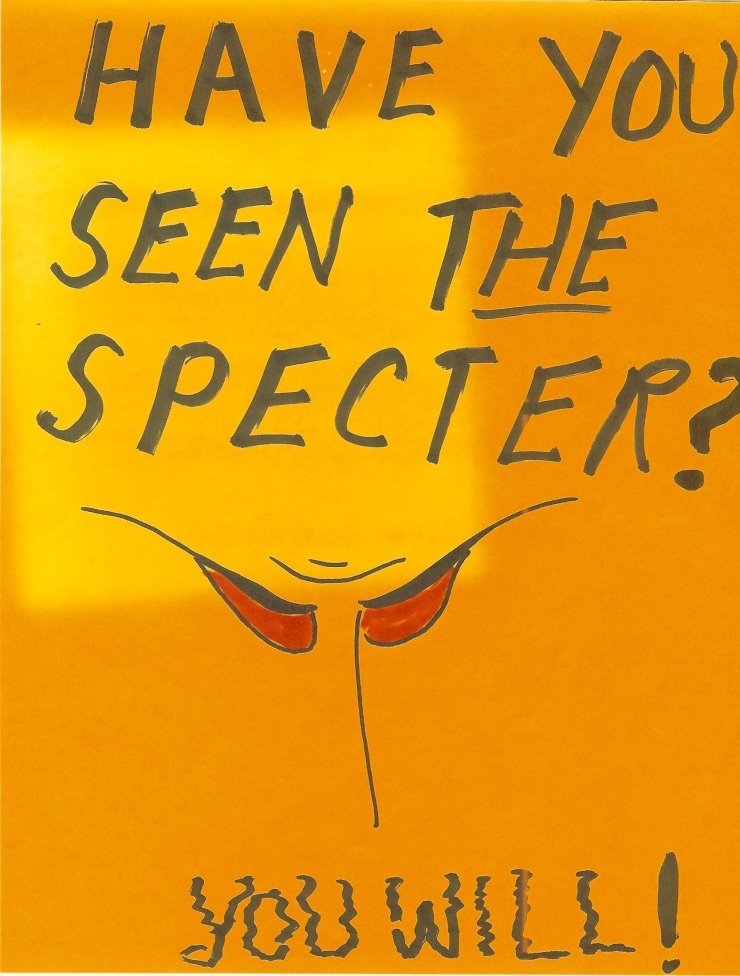 The Specter haunted the area for several weeks, sometimes showing up at events or just floating across the landscape. Over seven feet tall, the Specter, draped in black robes, carried chains intertwined with dollar bills. Piercing red eyes glowed in the night. Usually a sign carrier accompanied the Specter to clarify the message to those who were unaware. 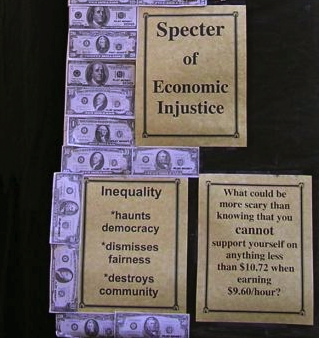 Issues of unfair workers’ compensation have haunted the Philadelphia area. Many low-wage workers have difficulty putting food on the table, and food pantries have seen a huge increase in the number as working poor who seek their help. Swarthmore students have organized around this issue for years, citing their College’s commitment to Quaker values.  They believe Swarthmore College with its billion dollar endowment cannot teach students to improve the world while practicing social injustice toward campus workers.

For us mortals we have to rely on other methods to further economic justice.  The Occupy folks have made the first successful steps. Now we must take up the banner and move forward. We can join with others who share our concerns to form a broader movement, run our own candidates, pressure the politicians with the vote, disengage from corporate control and encourage those who are making a difference.

Relying on the good will of the rich and powerful to relinquish influence and wealth will only result in the continued nightmare on Main Street.