The legend that Blackbeard, the notorious pirate of the 18th Century, once walked the streets of Marcus Hook, a town nestled on the Delaware River just below Philadelphia, provided the justification for a lively festival and an opportunity for the Marcus Hook Preservation Society to raise booty for the restoration of the Plank House, where rumor has it, that Blackbeard and his crew spliced the mainbrace!

Marucs Hook isn’t the only town to celebrate their pirate heritage. At the Beaufort Annual Pirate Invasion: It Takes a Village to Pillage, the town recreates actual pirate invasion in 1747. Blackbeard also made several appearances in Beaufort until the governor of Virginia tracked him down. The seaport festival in Philadelphia is the backdrop for a pirate battle on the Delaware River, as tall ships blast their cannons in mock high seas battles. 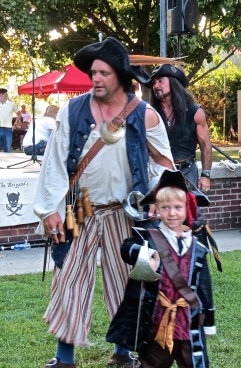 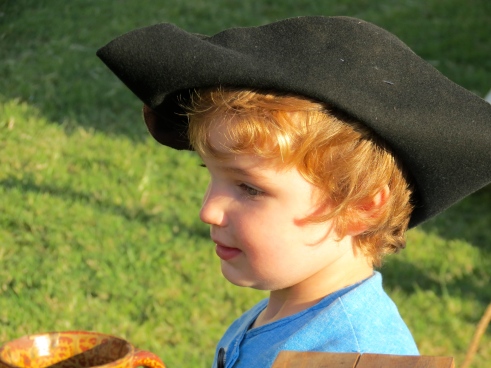 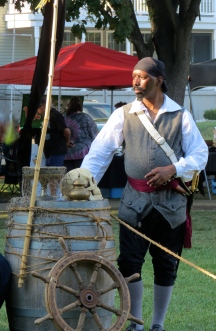 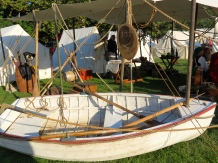 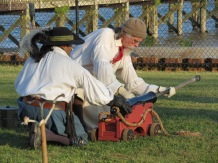 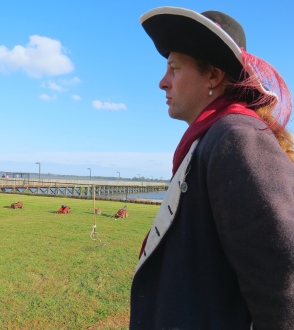 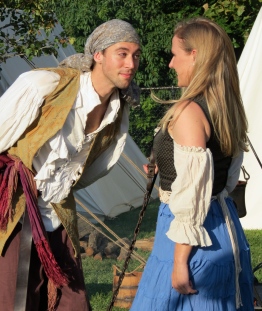 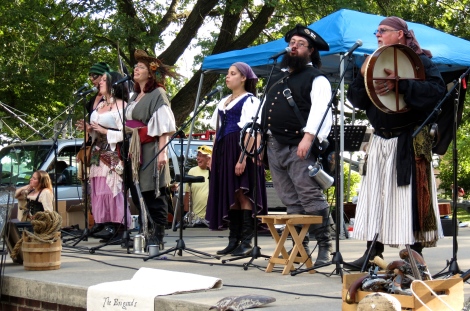 The pirates at Markus Hook opened their encampment to visitors, their period tents offering vignettes of camp life, with open fires providing the aroma of burning wood. Firearm displays, cooking demonstrations and craft tables gave the landlubber much to gaze at and appreciate. Pirate garb is particularly fanciful, with feathered hats, long waistcoats, billowy blouses and gold jewelry. Most events didn’t cost a single dabloom, if you can just resist spending your last farthing on pirate wares at the vendor booths.

The entertainment on stage included enthusiastic performances of pirate music and sea shanties, from groups such as the Brigands. Pirates brandished their swords during the lively swashbuckling contests.

Canon firing complements of Archangel, TheVigilant Crew and the Crew of the Mermayde.