Several years ago a friend invited to me attend a circus, as her company provided free admission to employees and their guests. I hadn’t been to a circus since I was a child, so I had few expectations of what the show might bring.

During one of the acts, the elephants reared up, one after the other, the hot, glaring lights reflecting off their skin. The bright spotlights washed out some of the color and the creatures appeared as stark images under the harsh lamps. The circus transformed into melancholy display, as I had become a spectator to another view of the performance. 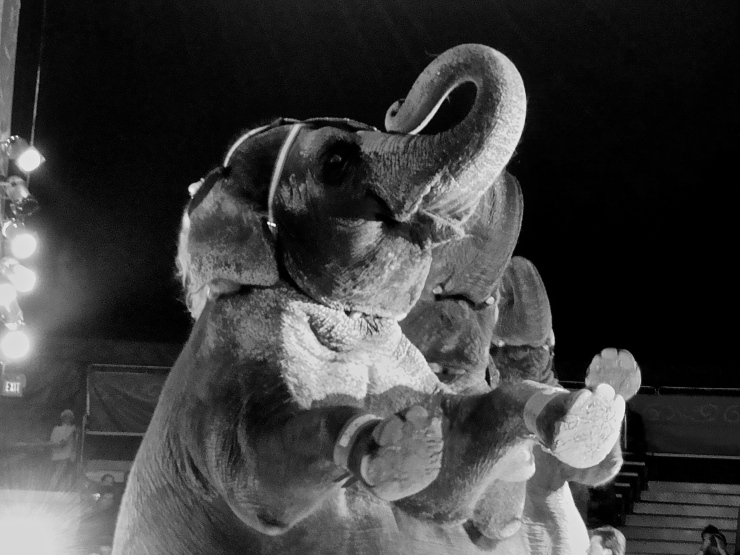