Appreciate your responding to my blog post Part 5. I found it difficult to write that last post against hunting. I have a serious disconnect between how much I loved and admired your father and attempting to understand his enthusiasm for hunting when my passion has been as an advocate against hunting and guns. As a child, I wrote letters to newspapers against hunting; my mother instilled a respect for animals and a deep commitment to relieve their suffering. We would take in birds that were injured or orphaned. Yet, I was touched by Joe’s yard . . . his bird feeders and the statue of the fawn. I remain open to exploring and listening to what you have to say on the subject. The idea now is to have a conversation about the 30,000 Americans killed by gun fire every year. Both my children live in West Philly, where shooting deaths happen frequently.

I wish we could come up with a kinder and gentler solution to the deer overpopulation problem. You make a good point about the issue of starvation or coyote attacks. While I make the case for animals being close to us in nature, for wildlife selecting other alternatives for predation is not an option, of course! I wish the lion and lamb could lie down next to each other. In the natural world, we would have to leave that relationship alone. For humans, we do have other choices, and compassion for our fellow creatures is something that will benefit us both.

We must rely on automobiles, and animals on the road do pose a hazard. Contraception technologies are available, however; the one-shot/multi-year techniques can achieve a zero reproductive rate for about three years.

About fifteen years ago, I became a vegetarian. Initially, I found it difficult to give up meat­–hamburgers, especially. Gradually, I got used to not eating meat and our diet changed considerably for the family. We began to get out of our rut of standard meals and began experimenting with vegetable dishes. A completely new world of flavors opened to the family. Many health benefits arise from lower intakes of saturated fat and cholesterol from animal protein. Studies have shown that vegetarian diets are beneficial in the prevention and treatment of diabetes, cancer, hypertension and dementia, to name a few. When we use soy crumbles instead of meat, in most dishes, you can’t tell the difference! Cutting down on meat has a positive effect on the environment, negatively affected by the global meat industrial complex and the lead from bullets that pollute soil and water. Sounds as if Gay is a good cook; I’m sure she could make very tasty meatless dishes. 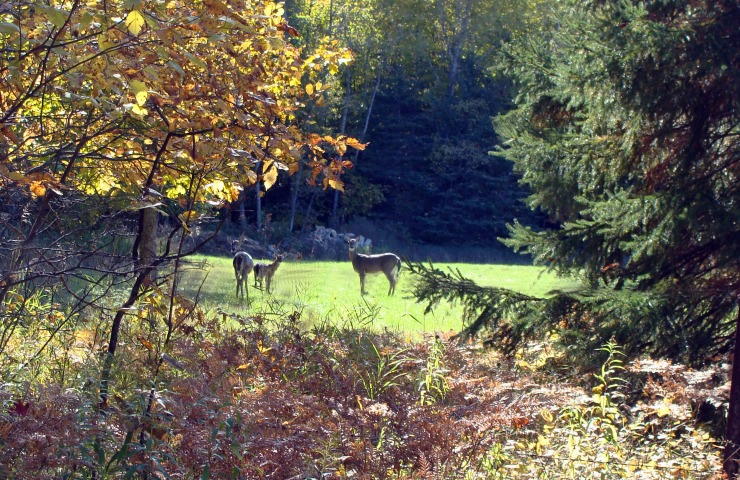