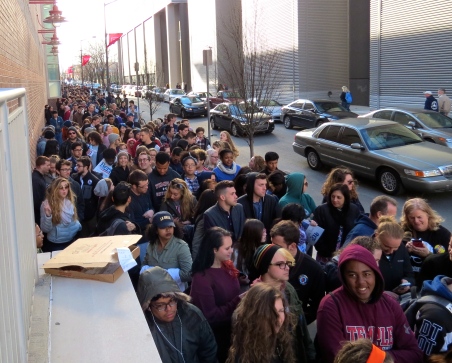 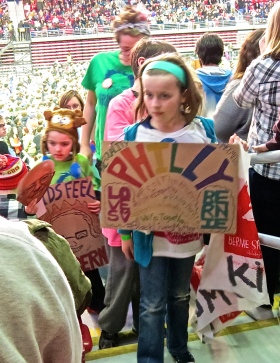 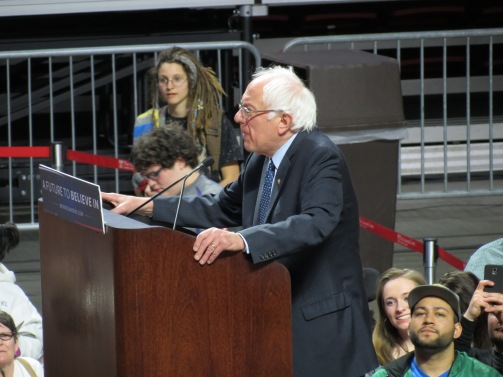 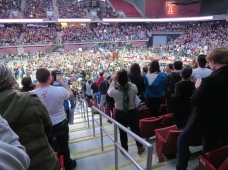 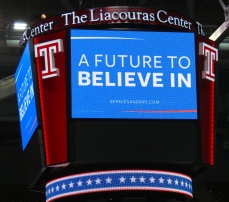 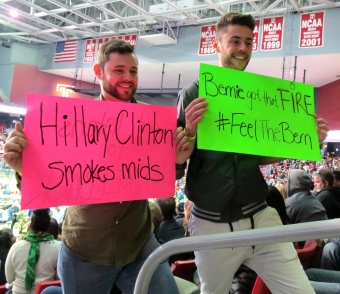 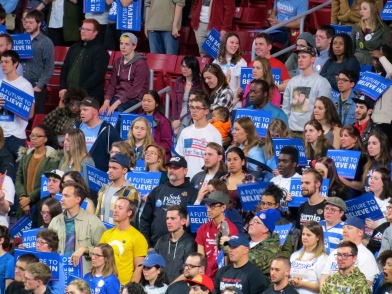 I jumped back into politics placing a reservation to attend the Bernie Sanders Rally in Philadelphia on April 6. I’m very much a pragmatic thinker. As much as I would like to overhaul the American economic system, replacing corporations with worker-owned collectives, I can support a candidate who strongly endorses unions and a living wage.  Bernie’s positions on income inequality, living wage, medicare for all, tuition-free college are issues I strongly support. Bernie cannot, however, change the broken economic system alone.  It is up to the citizenry to create that sweeping change. We must be invested in our democracy by participating in ways that guarantee that every citizen has a voice.

I returned to my graduate school Alma Mater, Temple University, for the rally. When I arrived at the Liacorous Center a little after 5, the line, ten deep, snaked along the sidewalk, weaving through the side streets for ten blocks. I thought I’d never get in, seeing that many people; and the doors had already been open so more folks were already inside. By 6 o’clock I entered through the security check, the Secret Service, inspecting coats and bags. My necklace alerted the wand, but the guard finally let me pass through. We waited until 8:30 for Bernie to speak because it took so long for people to get through security and get seated.  I didn’t think the arena would fill, but it did, all but some seats on the balcony. I estimated 5,000 but turns out more like 10,000 were present.

The crowd, mostly students and young people under 35, were friendly and well-mannered. No one was pushing or shoving in line, and most were engaged in happy conversation. Someone was carrying a sign, Free Hugs, and Philly Jesus showed up, giving his blessings. I sat down on an aisle seat for good visibility. The young man sitting next to me introduced himself, and we had a conversation about Pennsylvania politics. I met everyone around me, and turns out we were all alums of Shippensburg! I heard stories of underemployment and low wages, even for college graduates.

When Bernie walked to the podium deafening cheers erupted. As Bernie spoke the audience responded with enthusiastic cheers or boos, depending on the subject, i.e., living wage or mention of Trump.

The Pennsylvania primary will take place on April 26. Political history in the United State will be made if we elect a progressive candidate for President such as Bernie Sanders.