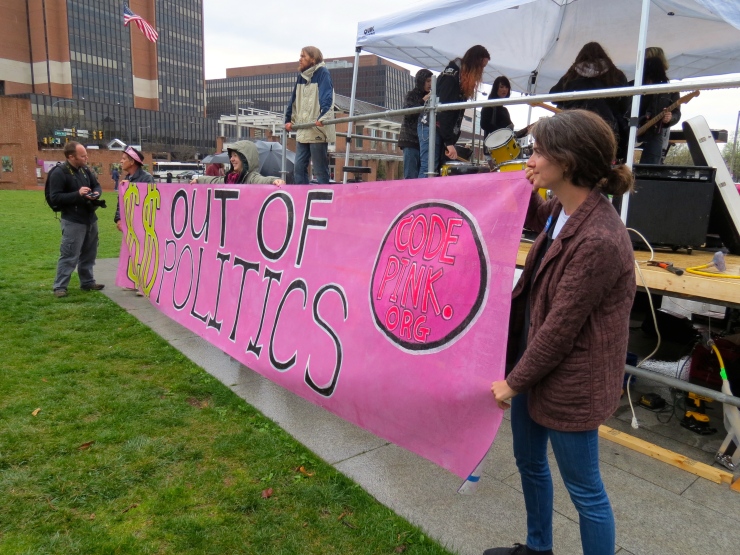 On the lawn in front of Independence Hall, Philadelphia, a crowd gathered to support and to send off 150 activists, who plan to walk the 140 miles to Washington, D.C., launching a civil disobedience campaign, Democracy Spring. The goal of the march: “Congress must act now to end the corruption of money in politics and ensure free and fair elections.”

The enthusiastic crowd responded to a series of speakers and performances that called on elected officials to support their initiative, an equal voice for everyone. The rally is Washington is set for April 11 at the Capitol Building and organizers have said that thousands have pledged to sit-in for seven days. Over 100 organizations have signed on in support of Democracy Spring. 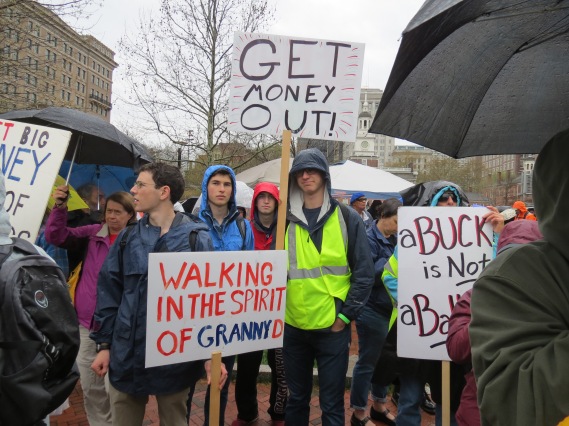