Outside the Philadelphia School headquarters, on a cold January day in 2012, a gathering of school nurses, bundled up against the chilling wind, protested the district’s laying off nurses. The nurses, calling themselves the Occupy 440 movement, continued the protest for five months, assembling every Wednesday at 440 Board Street. The district cut over 100 school nurse jobs in the 2011-12 school year, and other staff reductions left schools at the state minimum of one nurse per 1,500 students. According to The Notebook, “Nurses warned that the District was potentially endangering children by failing to have trained medical staff in buildings most of the time.”

Samir Robinson from Musicopia plays through the Mist

Just 17 months later, the nurses organized a candlelight vigil for Laporshia Massey, who arrived home from her school, Bryant Elementary, suffering from an asthma attack and dying later that evening at Children’s Hospital. Laporshia fell ill during school the day, reportedly complaining of difficulty breathing. At that time, no nurse had been on duty at the school. 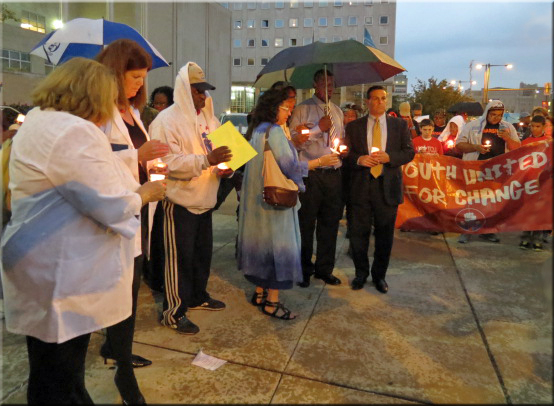 Pennsylvania Governor Corbett and the Republican-controlled legislature have imposed substantial education cuts throughout the state, causing the School District of Philadelphia to fall into a deep financial crisis. The Governor failed to release $45 million of federal funding earmarked for Philadelphia schools. While evoking the concept of “shared sacrifice” to justify cuts in education, in contrast, the legislature passed a corporate tax cut that would cost the state $600-800 million per year, more than double Philadelphia schools’ deficit for the next fiscal year. In addition, the district carries an enormous debt. According to City Paper,

The district spends more than ten times the national average serving its debt, with an astonishing $280 million—12 percent of its entire budget—going to interest payments and $161 million going to Wall Street firms in what have been called “toxic” interest rate swaps, under criticism in other cities for unjustly robbing schools of resources. 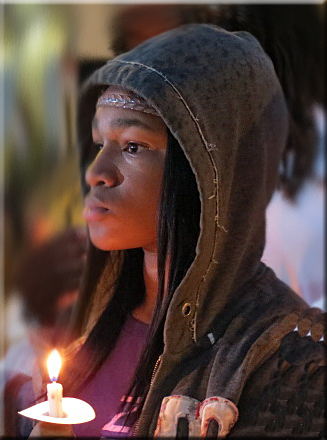 When authorities cut school nurses from budgets, children who have health problems may not receive proper treatment while at school. Children on medications may have to rely on untrained staff to assist them. Children with epilepsy, ADHD, diabetes, food allergies and asthma are particularly at risk. The question arises is who is responsible for schools’ record keeping on each child’s health concerns if no nurse is present to evaluate a student who becomes ill during the school day. AFT President Randi Weingarten wrote in an open letter to Pennsylvania Governor Corbett that one in five students in Philadelphia have asthma, and that “parents and educators—would sleep easier knowing their children’s schools had enough school nurses, guidance counselors, safety personnel and support staff so that a tragedy like this would not befall another child.”

Ironically, a day before the candlelight vigil for Laporshia, the district learned that Philadelphia will receive the $45 million in federal funds that Corbett had been withholding. A spokesman for Corbett stated that the release of the funds and Laporshia’s death were not connected. Philadelphia school superintendent, William Hite, stated he did not plan to rehire any nurses because the district has “met the state’s caseload standard.” Are parents left wondering whether there will be another time the school nurses will be holding candles outside the 440 Building? 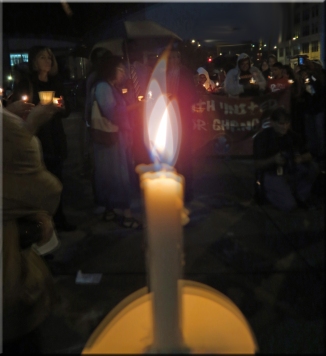 Bryant Elementary School is located at the corners of Cedar Avenue and 60th Street in West Philadelphia. Playground equipment stands securely on one corner of the school lot, and along the walls of the brick building, colorful murals illustrate scenes of children swinging, dancing and jumping rope.

While economists, bureaucrats and government officials argue the merits austerity measures, one mural might be different now.

Her Name is Laporshia Massey and Our Hearts are Breaking

Living History: Day in the Life of the Soldiers of the Civil War

Evolution of a Mural at Swarthmore College

Comments on: "Disastrous Financial Priorities and a Community Mourns" (4)